Jimmy Tau on the ground

We seem to have found the Pilot

This could be us

Statue of Christ the redeemer

Struggling to keep my eyes open

Getting hot and bothered in Rio

Day two presents a whole new experience and expectations about my stay in Brazil, Rio to be specific.

The team plan is to visit the statue of Christ the Redeemer, which means we have to leave very early if we want to be ahead in line to see the historical statue. We also have to pray that the weather favours us, unlike the night before.

My morning starts as per usual with a run on the beach and a few outdoor gym exercises.

It’s fun and exciting to see how many people are doing the same routine because there is not much to do since it’s the second day of non-football activity.

The training takes about two hours and I head back to the hotel all sweaty. But it’s a great feeling; I feel as though I have done something positive for the day.

Marc and Christa got stuck in the infamous Rio traffic, which put pressure on our desired early departure to the historical statue.

We agree to meet at the Fifa official fan fest. But by the time we find each other, we realise we were running out of time to go to the statue.

The team decides to take another rain check and plan B is to visit the Maracana stadium, which will host the quarter final between France and Germany as well as the final.

We make our way to the Metro rail and board a train to the stadium.

The station is abuzz as there are so many commuters making their way to different destinations.

The journey takes about 25 minutes but it’s worth it.

Wow! The sight greeting us is great. It just what I expected to see, with a whole lot of Fifa stewards and tourists. Unfortunately for us, we can’t go inside the stadium as it is cordoned off but we take a few shots from the outside.

But I could not keep my eyes open because of the blazing Rio heat. The heat was just too much for my eyes and it was made worse by the fact that I had left my shades at the hotel.

We make our way to one of the Coca-Cola stalls for a few drinks. The stalls look stunning and, best of all, boast aircons for some relief from the heat.

Then we had to head back shortly afterwards because Marc has an appointment to be on air. He looked very anxious and worried that we might not make it back to the hotel on time so we quickly hopped back onto the train.

We make it just on time for Marc to connect with South Africa to co-host SportsTalk with Udo Carelse.

I decide to have a quick lunch around the corner at La Maison, which I also use as a landmark for my movements to and from the hotel.

The restaurant serves some wonderful seafood.

Marc finishes his show and we meet for a quick chat to plan the next day.

It’s sad to see them leave but there was nothing I could do about it.

I head back to my hotel room, pick up my gym gloves and go for a nice gym session on the beach.

I’m starting to establish a routine now. I wonder how long I can keep up with the same thing.

I can’t wait for the quarterfinal matches to start.

I meet a few people from South Africa on the beach and I join them for dinner, after which I walk back to the hotel to prepare for the next day.

I take a shower and 20 minutes later I am fast asleep.

Yesterday I got the chance to hit Copacabana beach to test my football skills against the beachgoers. How did I do? Check out the video:

Falling in love with Brazil

As I left the shores of my beloved South Africa to experience life in Brazil as they host the 2014 World Cup, I had mixed emotions as I did not know what to expect.

My flight to São Paulo took around nine hours and I arrived very tired from the long trip. I connected to Rio de Janeiro, which was my final destination, on a 40-minute flight.

I was pleasantly surprised to be welcomed by the EWN team of Marc Lewis and Christa Eybers.

This really caught me off guard and I was delighted to meet people I knew and that I could speak to in a language I understand.

On my first day in Rio de Janeiro I went for an early morning jog along the Copacabana beach.

The beauty of the ocean and the friendly people from all different walks of life made the mood and experience so much more worthwhile.

The beach has outdoor gym equipment for all fitness fanatics, and I took complete advantage of it.

I think this is going to form my routine in Brazil for the duration of my stay.

I absolutely love it here.

The plan for the day was to go to Christ the Redeemer, one of the most famous statues in Brazil.

It’s a great tourist attraction, not only because the statue is so huge and worshiped by Brazilians but because it gives you the best aerial view of Rio.

But we could not go to the top of the mountain because of poor visibility caused by mist.

Marc assured us that we will definitely come back to see the statue soon.

Christa looked more disappointed than I was because I think she was really looking forward to taking some of the best pics of the statue and Rio. Better luck next time, Christa.

En route from the statue we decided to have lunch on the Copacabana beach and I played beach football with guys I did not even know. Total fun!

We took a few pictures and headed off to lunch. The food was nice, although the service leaves a lot to be desired. We waited for almost an hour to be served…

After lunch, Marc and Christa had to leave as the drive to their place is quite far. I was then left alone, and sadly walked back to my hotel. Cutting a lonely figure once more.

I called up a colleague and personal friend Carol Tshabalala to meet for dinner. She’s been in Brazil for over three weeks now and I figured she might just know the right places to go to.

I took a cab to her hotel and we headed off to her recommended restaurant serving her favourite food. She is a huge fan of seafood and this time around we had sushi at Sushi Lebron.

It was really an awesome day. I'm looking forward to day two as I switch off and go to sleep.

Waiting for Lewis to fetch him

The World Cup of goals

EWN's Sheldon Morais chats to former SA footballer Jimmy Tau about the highlights of the Fifa World Cup so far. 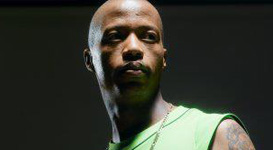 Jimmy Tau, once a South African soccer star who represented SA at the African Cup of Nations in Egypt, now poses as EWN World Cup Correspondent in Brazil, where he’ll bring his years of soccer knowledge and savvy to his “On the Ground” reports. Jimmy will be hitting the streets of Brazil towards the end of the tournament to bring us images, video and insider outtakes as he scours the fans and stadia to give us a look into the goings-on at the World Cup.
#Follow Jimmy Tau on Twitter 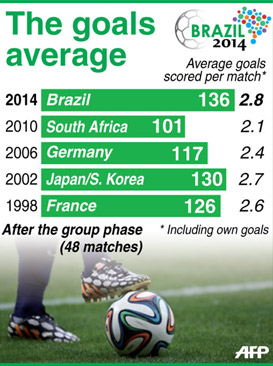