South African struggle icon and the last remaining Rivonia trialist after the death of Denis Goldberg in April this year, is turning 95 today. Andrew Mokete Mlangeni was born on 6 June 1925 at Prospect township in Soweto.

Accordding to (South African History Online) in 1951 he joined the African National Congress Youth League (ANCYL) and later in 1954 he joined the ANC.

During the Congress of the People, he was a branch delegate at Kliptown. From 1958 to 1960 he was an ANC stalwart and in 1961 he was among the first to be sent for military training outside the country. On his return in 1963 he was arrested after state witnesses told the court that he was one of the people responsible for recruiting and training an armed force. He was found guilty and sentenced to life imprisonment on Robben Island.

Mlangeni was however released when negotiations between the ANC and the government began.

According to a piece titled _The man with may names _(University of Johannesburg) during his political career, he sometimes had to change his name to Percy or Mokete Mokoena. On Robben Island, he got another identity as Prisoner 467/64. Nevertheless, in democratic South Africa, "he is honoured as Om (oom) Andrew Mlangeni, the people’s person: the prestigious backroom boy, as he calls himself. Moreover, this is how he will be remembered since he is really a people’s person, a beloved Dube resident who liked to play golf for recreation".

After his release from prison 27 years later, Mlangeni served as a Member of Parliament for the ANC from 1994 to 1999. He served once more in the National Assembly from 2009 until 2014 when he retired (Wikipedia).

In the series History for the Future, Pippa Green talks to Andrew Mlangeni about a range of issues.

In the article below, journalist Pippa Green interviewed the struggle icon this year, to commemorate 30 years since his release as a political prisoner. 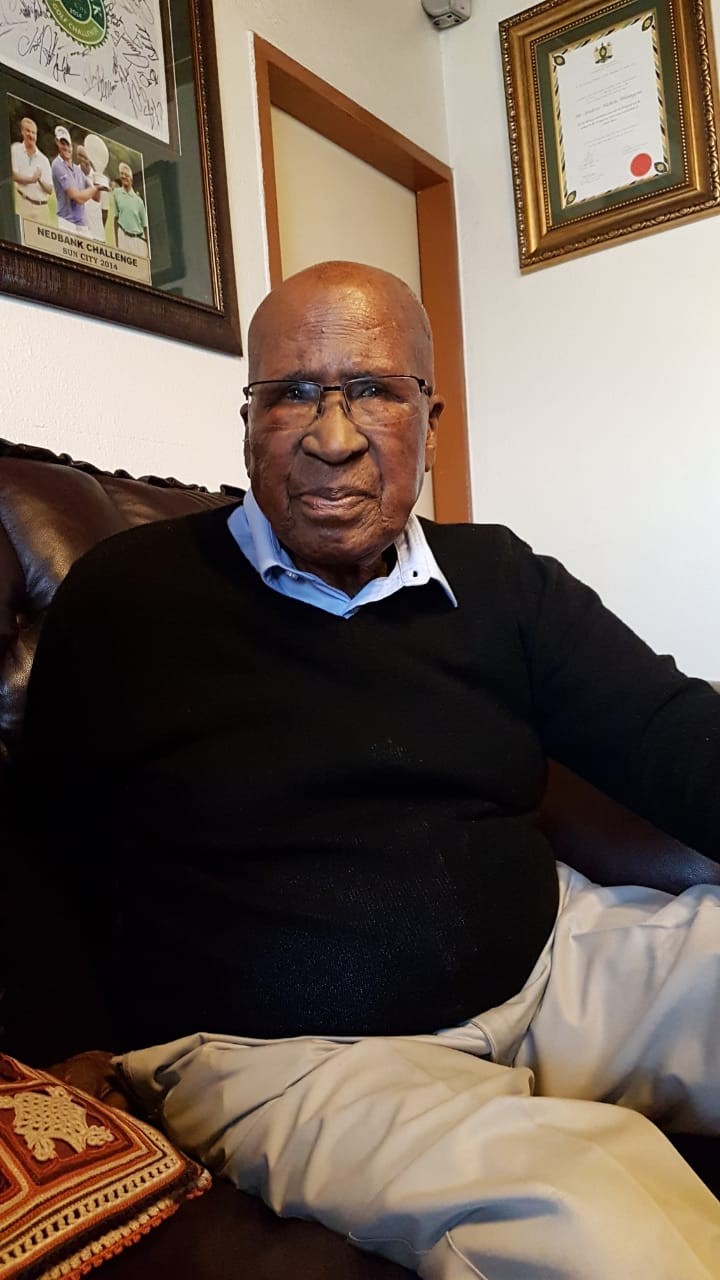 Journalist Pippa Green interviewed the struggle icon this year, to commemorate 30 years since his release as a political prisoner.