Activist Barbara Masekela and veteran politician Murphy Morobe speak to Eyewitness News about the state of the country 25 years after it transitioned from apartheid rule to democracy.

JOHANNESBURG - Veteran politicians say there is a need for South Africans to reflect deeply on the state of the country in the context of regional and global politics in order to have a true picture of its progress.

Activist Barbara Masekela and veteran politician Murphy Morobe have spoken to Eyewitness News about the state of the country 25 years after it transitioned from apartheid rule to democracy.

They said freedoms such as the right to vote were being taken for granted as a result of an obsession with outcomes rather than the process undertaken to arrive at what is ideal for the country.

Masekela, who spent most of her life as an activist and educator fighting for freedom, said South Africans had adopted a narrow view of the country’s development.

“We want more education, health, better housing and we want it now, but is that really possible? We have to take reality into consideration,” she said.

She criticised the quality of voter and political education being disseminated through public discourse.

South Africans are heading to the polls on 8 May, however, almost half of all eligible voters aged 18 and 19 did not register to vote.

Morobe said this could be influenced by the lack of emphasis on the meaning of the vote.

“It is that passport you have for your journey through life as a better human being. Of course, in the current context voting is overshadowed by the whole narrative of corruption,” he said.

The veterans said a push for organised grassroots formations in the interest of the development in communities was one of the interventions that could be pursued in addressing the lack of consciousness about political responsibility in society.

Listen to the podcast on the views of the veterans below: 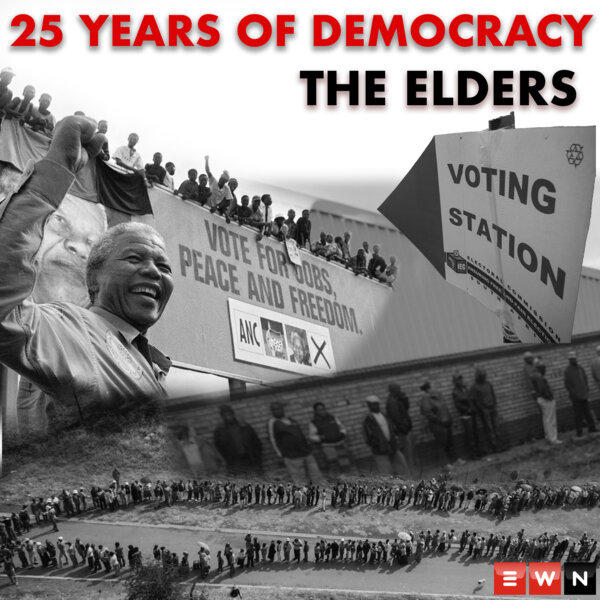 EWN on 25 Years of Democracy

Ahead of Freedom Day - and the celebration of 25 years of South Africa's democracy - EWN's Clement Manyathela speaks to a few special guests.